A Digression: The Christian Music of Krystal Meyers

Krystal Meyers is a Christian rock (not pop) artist, and a number of her songs has convinced me she made a pretty good showing during the Aughts.  Her 2006 CD, Dying for a Heart, is only half-impressive, but at least it’s that.  Too often only about 10% of merit emerges on Christian, and secular, albums.  The cut called “Together” has a wonderful, nuanced guitar and is excitingly tuneful.  “The Beauty of Grace” starts like a ballad but speeds up with a very attractive chorus to bestow. . . Okay, “Elvis is dead / But my King is alive” is not much of a lyric; still, “Only You Make Me Happy” (the “You” is God) turns out to be an ingratiating rocker.

Meyers has a fine voice, now winningly tomboyish, now nicely feminine, as in 2008’s “Up to You”–the feminine, I mean–which is an effective relationship song. . . I’ve never heard her first, self-titled CD but one of its tracks, “The Way to Begin,” is melodically interesting, forceful, saucy.

Spiritually-themed rock seldom gets much better than these five songs.  Go and ahead and purchase Dying for a Heart.  Or, if not, I sincerely believe Meyers has a place on your iPod. 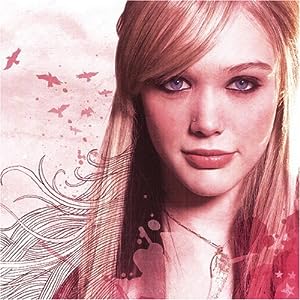 Cover of Dying for a Heart