A Quick Look At “Tokyo Story”

An elderly couple visit their grown son and daughter and widowed daughter-in-law in Tokyo Story (1953), the great classic Japanese film directed and co-written (with Kogo Noda) by Yasujiro Ozu.

The couple’s children are harmless people who are nevertheless not as generous and attentive to their parents as they ought to be.  The daughter-in-law, Noriko, is generous and attentive.  Work and immediate family prevent the son, a doctor, and the daughter, a beautician, from experiencing the loneliness and isolation consistently imposed on the characters who have had, or are having, these life-enriching realities stripped away from them.  The parents are among these characters, and Noriko is too.  With scant opportunity to genuinely love her husband before he died in the war, she remains idiosyncratically loyal to the man but also secluded and not really living.  On this particular subject—loneliness and isolation—Tokyo Story, though a quiet film, is shattering. 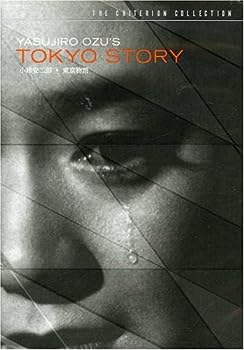