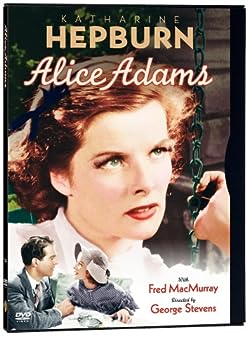 Alice Adams (1935), directed by George Stevens, is about unambitious husbands, vexed, money-emphasizing wives and optimistic girls with an instinct for social climbing.  The tone isn’t properly fixed, but Katharine Hepburn is fetchingly youthful as the optimistic girl, Alice Adams.  Stevens’s directing is fine, although since AA was released as a silent film in 1923, one is justified in asking should it have been remade had Hepburn’s celebrated performance not been an element here.