Classics? No: “All the King’s Men” And “Vanity Fair” 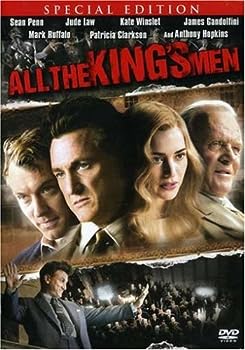 Cover of All the King’s Men (Special Edition)

All the King’s Men, the 2006 remake, is as stupid as it is tired, as overblown as it is unnecessary.  This despite the fine, authentic production design and the “Christian worldview” applauded on Ted Behr’s Movieguide website.  Also, I disesteem much of the acting.  James Gandolfini is all sleazy balderdash.  Kate Winslet and Patricia Clarkson are uninteresting.  Sean Penn, however, may be mannered now and then as Willie Stark, but for the most part his performance is solid and lived-in.

Re Vanity Fair (2004), I couldn’t get through William Makepeace Thackeray’s great novel, but I am utterly certain that what Mira Nair and Focus Features put on film in the early Aughts is greatly detached from it.  Something meaningful becomes something ultimately pointless.  It’s gorgeous, though; many, I’m sure, have found it quite watchable.