Does Anyone Give A Hang About “December Boys”? 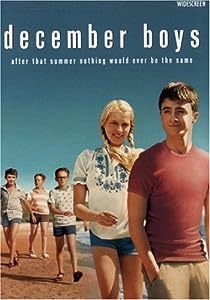 Greatness in English-language cinema is so blasted rare these days and, sure enough, we don’t find it in the Australian December Boys (2006), a Rod Hardy picture about four boys from a Catholic orphanage and their seaside vacation.  The flick is based on a novel by one Michael Noonan.  Why did Hardy think it needed to be filmed?  Or was he commissioned to film it?  December Boys–the movie–is distinctly unimportant.  I rather like that it’s eccentric, and it doesn’t even come close to being anti-Catholic, but as well it is sometimes silly and too incident-filled.  The Australian director Bruce Beresford (Tender Mercies, Breaker Morant, Black Robe) once cared about cinematic greatness, even if he didn’t always achieve it. The Aussies behind Hardy’s film, if Aussies all of them are, do not.