George And “The Women” 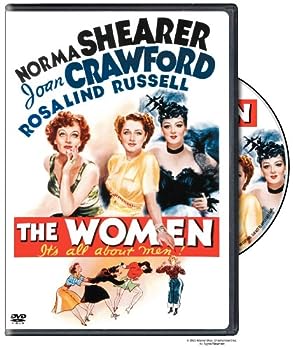 Cover of The Women (Keepcase)

George Cukor, in filming Clare Booth Luce’s play, The Women, put out in 1939 a jangled, vivacious—almost too vivacious—domestic comedy about female dreadfulness and female resilience.  There is also an element, to be sure, of a woman-needs-a-manism (i.e. a man to love).

Norma Shearer is too weepy as Mary Haines, but provides otherwise distinguished acting.  Rosalind Russell plays bitchy Sylvia exaggeratedly and exhaustingly, though Joan Crawford does commanding work as a home wrecker.  The woman who sparkled in Modern Times, Paulette Goddard, tries too hard as a saucy divorcee.  Virginia Weidler, a child actor, however, is unself-consciously true as Shearer’s daughter.

The Women is quite a confection, smartly directed and in black and white with, nonetheless, an in-color fashion show sequence.