The critics in 1970 were right to adamantly reject Zabriskie Point, the American-made Michaelangelo Antonioni film.  It is dumb, anemic and ill-structured.

Signore Director believed the alienation of young people in the 1960s, and of the New Left, was as significant an alienation as that in such earlier Antonioni films as L’Avventura and La Notte.  But ZP fails to convince us of that.  It has no sophistication whatsoever.  Indeed, the straightforward lovemaking between hippies in the desert (presented in a dream sequence) goes on for so long—and ends with a long shot that makes the hippies look like insects on sand banks—that it turns distasteful.  Yes, visually the film is often impressive, but junk is junk.

Zabriskie Point is a free-love, essentially anti-cop movie, and so we can hardly help realizing just how right it seems for our shoddy times. 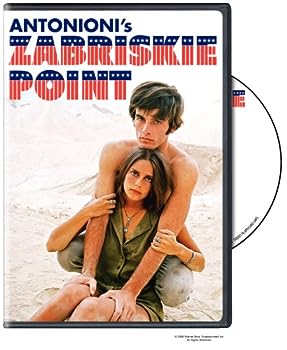