I Review “I Confess”

Montgomery Clift is painfully dull as a priest accused of murder in Hitchcock’s I Confess (1953).  It is believed he did it to protect the gaga Anne Baxter from a blackmailer, but we know who the real killer is—a ludicrous nerd. . . Come to think of it, there’s something rather nerdy about Dimitri Tiomkin’s inappropriate music for the film.

Despite some exemplary directing by Hitchcock, I Confess is a lame entertainment.  Kudos, even so, to Baxter, Karl Malden and a couple of others for their acting. 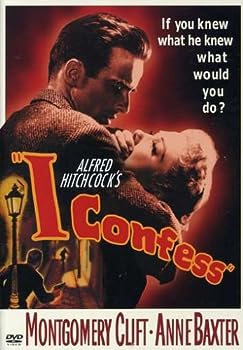 Cover of I Confess