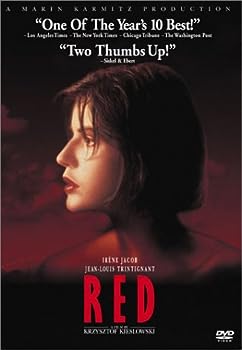 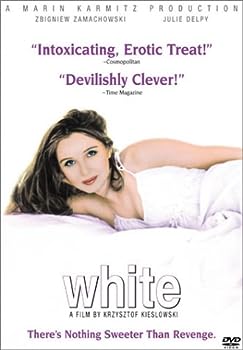 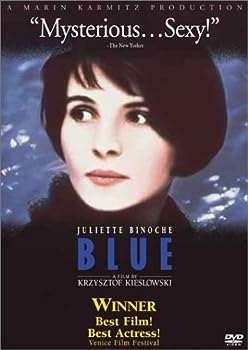 The late Krzysztof Kieslowski of Poland directed and co-wrote in the early Nineties a film trilogy named after the three colors of the French flag—blue, white and red—which was intended to express something about the virtue-ideals represented by those colors.

Blue, dealing with liberty, was so atrocious I can’t believe any critic could like it, but of course there were critics who did; and if they liked that, they would most certainly like White, concerned with equality, which was better.  The only thing I liked about White was some of its humor; all else was ridiculous.  That a loser of a husband wants to show his thoughtless ex-wife that he can achieve equality of a kind with other men was a good premise, but how fatuously and awkwardly it was presented.

Slightly more pleasing, but still not acceptable, was Red, about the nicest virtue-ideal of them all: fraternity.  Regarding this one, I can at least say there is more than just one quality about it I like, but it is hardly cheering to see customary absurdity in plotting.  Red is even more effectively filmed than, and just as nonsensical as, White.

In what lies the fraternity?  Here is what I enjoy most about Red:  it lies in a friendship between a 20-odd-year-old female model and a 60-odd-year-old retired male judge, which friendship is just that—a friendship—there is nothing sexual about it.  They simply take an interest in one another, and rightly so from a cosmic perspective.  The model, you see, is destined to hook up with a man who thoroughly resembles the judge when he was young, but this is the film’s biggest groaner.  Last I checked, life doesn’t work like that.

With his dignified face and quiet manner, Jean-Louis Trintignant plays the judge, and with her friendly face and mature-young-lady manner, Irene Jacob plays the model; both are palatable.  So is Kieslowski’s supple direction.  His scripts did a disservice to his moviemaking.