2008 saw the publication of the Marilynne Robinson novel, Home, which explores such common themes as religious faith, old age, personal failure, and forgiveness.  But, as it relates what occurs between Christian believer Glory Boughton and her prodigal brother Jack, it yields a boatload of meaning which is not terribly common at all in world literature.

It affirms that for spiritual and unspiritual persons alike, life happens, as when Glory and Jack’s elderly father, a Presbyterian minister, develops severe dementia.  Glory’s ex-fiance declined to tell her he was already married, and here the book paves the way for a message about how difficult it is for even a Christian to forgive.  Alas, more than once Glory proves she is, to an extent, an unforgiving believer.

In addition, Home is about the mystery of the salvation of the soul.  Glory says she is not certain what a soul is, but what is also evinced is that the salvation the minister father has long had is to Robinson so important that Jack wishes to convince the old gent that he now sees theological belief as valid.  Nothing less than validity would cause the author to wrap up the novel with the sentence, “The Lord is wonderful.” 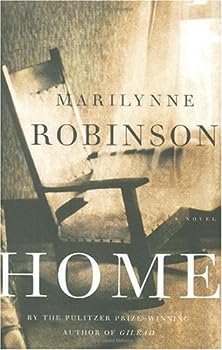 Cover of Home: A Novel