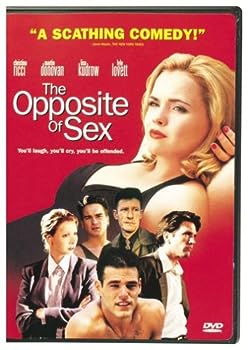 Cover of The Opposite of Sex

The teenaged girl acted by Christina Ricci in the 1998 Don Roos film, The Opposite of Sex, is unsavory and callow and makes a number of politically incorrect remarks about homosexuals (the impetus: her gay half-brother).  Despite this, the movie is every bit as pro-gay as it is pro-straight if pro-straight is a necessary designation.  What it so tritely and predictably scorns are evangelical Christians.  It pretends to understand homosexuality when in fact it is as ignorant as a stone, and about Christianity it is not ignorant so much as culpably blind.