The Trashiness of “M*A*S*H” the Movie

A 1970 Robert Altman film, M*A*S*H is a war comedy too desultory and frivolous, not to mention unrevealing about character.  We learn very little, really, about Hawkeye Pierce (Donald Sutherland) and nothing about Trapper John (Elliott Gould).  It has some of the most casually presented material I’ve seen in a movie.

Further, the film is mockingly sacrilegious and—any feminists who dislike it are right to do so—flatly degrading of women.  Sally Kellerman’s Hot Lips doesn’t stand a chance.

As far as I’m concerned, no one should give this movie a chance. 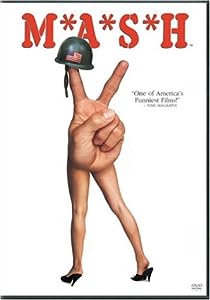