“This Is Spinal Tap,” Trashy Music And All

Without harshness This Is Spinal Tap (1984) satirizes hard rock musicians: the few who make up the British band Spinal Tap are blokes with very little going for them.  Rob Reiner’s modest film is a mockumentary, still as funny as ever, with dandy cameos by Fran Drescher, Patrick Macnee and Fred Willard.

Principal cast members, Christopher Guest among them, wrote the script, which outdoes later mockumentaries which Guest himself directed.

Note: The sight of a long-haired, shirtless Harry Shearer is not one I care to see again. 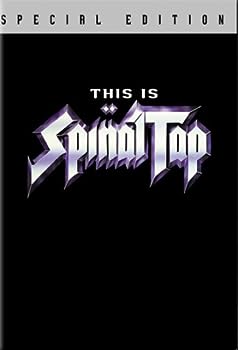 Cover of This is Spinal Tap (Special Edition)