Catastrophe In The Canadian Movie, “The Sweet Hereafter”

A school bus has skidded off a hillside and fourteen children, residents of a Canadian town called Sam Dent, have died in Atom Egoyan’s The Sweet Hereafter (1997), this being the horrific incident the movie revolves around.

I don’t know about the Russell Banks book that Hereafter is based on, but what the acclaimed film is about is the impairment of family and community—an impairment caused not only by the loss of the children but also, appallingly, by the evil deeds of incest and adultery.  Moreover, the opus concerns the necessity of moving on (in various ways) after a catastrophe, even the compulsion to change a mistaken or unworthy course in order to avoid further damage.

Intelligently paced and edited, the film is moving, bold and far from slapdash.  Among the actors, Ian Holm, Gabrielle Rose, Alberta Watson, Bruce Greenwood and others do everything possible to deepen the action. 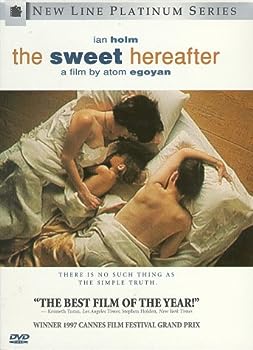