Hitchcock Gets Even With Women: 1972’s “Frenzy”

Hitchcock’s Frenzy (1972) is excellently directed rubbish, without even the gripping force of Psycho and The Birds.  Anthony Shaffer’s script has to do with a psychopathic rapist-murderer in London, and there’s nothing wrong with the movie’s realism per se.  But, directorially, the man obsessed with and rebuffed by Tippi Hedren (and others?) is intent on getting even with women, and this renders the film loathsome.  Murdered females lie dead with their tongues hanging out.  The corpses of women are desecrated in one way or another, and female nudity is somewhat overdone.  Every woman but Vivien Merchant—Merchant is too good for this tripe—is at least close to being bitchy.

Shaffer’s writing is far less than first-rate, but morally the film itself is barely third-rate. 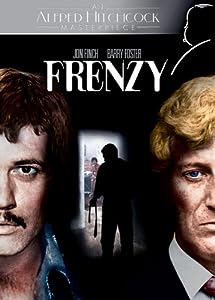