Jake, a black pastor in The Second Chance (2006), is abrasive and insulting, although at other times he is too good to be true.  Not a well-drawn character.

Ethan, a white associate pastor, is poorly acted by Michael W. Smith.  Steve Taylor’s Christian movie doesn’t work.  It has a good feel for inner city life, but is sometimes less than credible: e.g. Ethan doesn’t seem to be secretly hoping other people are watching him give alms in the ‘hood, and yet this is what mean Jake repeatedly accuses him of. 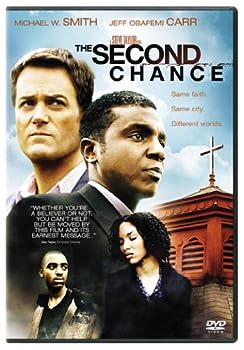 Cover of The Second Chance