On American Film Several Decades Ago

It’s a pity that American movies declined in quality in 1975 and did not recover at all until the Nineties.  Granted, they were not much better during the Sixties, but the years ’70 to ’74, for all the consistently adult material, told a somewhat different story.  To be sure, I hate M*A*S*H and McCabe and Mrs. Miller, the Robert Altman offspring, but Badlands, Carnal Knowledge, Chinatown, Slaughterhouse-Five and three or four others are solid artistic successes.  The Godfather might be, too, but I need to see it again to be sure.  Even such films as The Conversation and Save the Tiger, though failures, are at least interesting and non-homogenized.  A late ’70s film like Breaking Away, on the other hand, is interesting and homogenized.

A problem arose in that most of the artistic stuff failed to make money.  Chinatown did okay, but the weird Slaughterhouse-Five?  Forget it.  The 1975 Michael Ritchie picture, Smile, didn’t make the commercial grade either, by which time Hollywood had had enough.  It very much wanted stuff that was tamer and less ambitious.  The truth is that to an extent moviegoers had let down the artists. 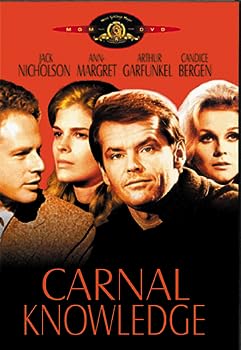 Save the Tiger (Photo credit: Wikipedia)