Roger Michell knows how to direct, and Hanif Kureishi is a serious screenwriter.  Early in their 2003 British film, The Mother, a cocky carpenter, Darren (Daniel Craig), meets and chats with an elderly man called Toots (Peter Vaughn) while ignoring Toots’s aging wife May, played by Anne Reid.  Subsequently we see dark scenes of a life winding down: Toots dies of a heart attack.

For her part, May feels lost, refusing to stay in her marital home, moving in with her fragile, unmarried daughter Paula (Cathryn Bradshaw).  Fairly desperate, Paula is crazy about Darren, a spoken-for man living apart from his wife.  Critic David Edelstein is right about the film’s reminding us that “neediness never dies.”  May’s doesn’t.  Correspondingly she too is drawn to the carpenter, and Darren learns of this.  The man who ignored her earlier now takes her to his bed, despite the big age difference.  Paula finds out about the betrayal, and naturally the result is more frustration, more self-pity, more suffering than have already occurred.

May and Darren do not genuinely conduct a love affair, and although May might be in love, Darren assuredly isn’t.  With anyone.  He has in common with May the fact that he is somewhat of a castaway.  Meanwhile, Paula believes she is simply a loser, no good at anything.  A self-absorbed loser, this woman.  And her mother, by the way, can be as decidedly selfish as Edelstein says she is.  These people are not angels.  They face their own wretchedness.  Kureishi does not let them off the hook.

The Mother cannot be acquitted of a certain sensationalism, or of unpleasantness.  Even so, it is a potent movie about impotence: May’s, Paula’s, etc.  It doesn’t have much of an ending, but the rest of it holds its own.  And, er, the sex stuff is well managed.  Before Reid’s breasts and Craig’s buttocks are revealed, the couple lie in bed, slightly out of focus, in the background while thin curtains fly in the constant wind in the foreground.  No sensationalism here, at least. 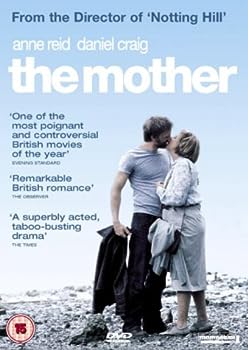 Cover of The Mother