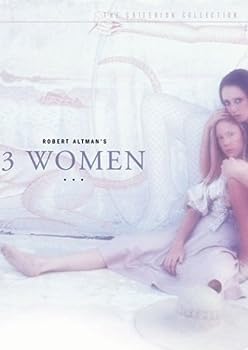 Director Robert Altman had “a succession of dreams” and afterwards based one of his movies—Three Women (1977)—on these dreams.  Hence the film, though linear, is profoundly weird.

It is the story of Millie Lammoreaux (Shelley Duvall) and Pinky Rose (Sissy Spacek)—as well as a nonverbal painter named Willie (Janice Rule)—who work at a rehab center with mineral baths for the elderly.  Millie is talkative, but very few people listen to her (funny, this); which easily leads us to infer that social interaction in the film amounts to almost nothing.  And yet, ironically, the shy Pinky quasi-worships Millie, seeing a certain perfection in her.  And there is nothing sexual in this—Pinky, like Millie, likes men—but . . . a question must be asked:  Is Pinky a psychotic who actually wants Millie’s personality for herself?

The film never indicates that someone is dreaming this dreamlike story.  Is it reality, then?  Is it a work of art simply meant to resemble a dream—in other words, a work that is only about itself?  Three Women is unceasingly perplexing.  There are fine performances from Spacek and Duvall, though.  The former is suitably eccentric and beautifully nuanced.  With her diffident, little-girl face, the latter is oddly beguiling, improvising nicely.  For improvisation is certainly here—but what about a raison d’etre?