A Whiter Shade Of Horror: The Movie, “White Dog” 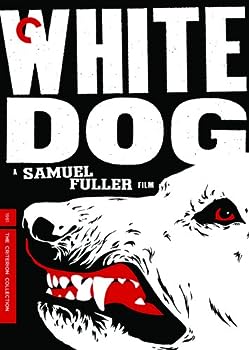 I wonder whether they’ll ever make a movie about today’s black-on-white violent crime, of which there is a lot.  What was made instead, though it was decades ago, was Sam Fuller‘s White Dog (1982), about a dog trained by a sick racist to attack black people.

TV actress Kristy McNichol plays an aspiring thespian who finds the dog, initially lost, and then discovers what he was intended to be.  A white dog.  Like other Fuller films, this one is moderately unusual but, in addition, it shows that Fuller soundly possessed a mind.

At a training spot for animals used in movies, a black man acted by Paul Winfield painstakingly tries to cure the dog of its ugly instinct.  Progress is so frustratingly slow that the dog has time to escape and, yes, actually kills a man.  The film shows us the ease with which evil becomes real, becomes evident, and how lost we often are when trying to eliminate it.  Fuller’s directing is far from ideal with its camera zooms and clunkiness, but the story’s power to disturb remains.  McNichol and Winfield turn out decent, if unspectacular, performances.  As always, Burl Ives is agreeably authoritative.