Another Look At The Christian Film, “Fireproof”

The objection has been made that in 2008’s Fireproof, rediscovering harmony in marriage requires salvific grace from Jesus Christ instead of just efforts to mend the marriage.  But the moviemakers were not going to leave firefighter Caleb (Kirk Cameron), a non-Christian, thinking he was a genuinely good man when, to use the Bible phrase, all have sinned and come short of the glory of God.  Caleb needs to change his thinking, and does, while God does him the favor of using the love dare strategy to salvage the man’s marriage.

Fireproof is more interesting than good, but interesting it certainly is.  As surely as it engages us to see the unhappy decline of George Hurstwood in Dreiser’s Sister Carrie, it engages us to see the spiritual ascent of Caleb (it works both ways)—after watching the unhappy decline of his marriage.  The death of this marriage is hardly inevitable, though.  Obviously the Kendricks’s film can be considered a conservative, though not political, one.  It should never be considered a disreputable one. 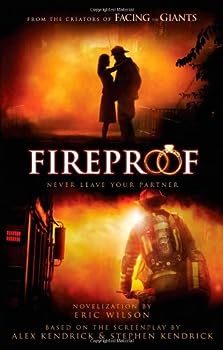