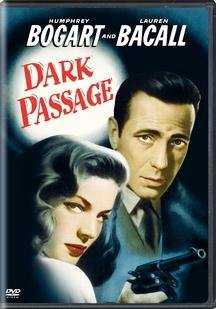 A 1947 Delmer Daves picture, Dark Passage, has Humphrey Bogart (character name: Vincent Parry) as an alleged wife killer running from the law.  “Alleged” is as far as it goes:  a woman called Irene (Lauren Bacall) knows he is innocent, hides him and supplies him with money.  Wanting a new face, Parry uses the money for makeover plastic surgery, but what happens later?  For one thing, someone aims to blackmail Irene for concealing a fugitive.

What happens, therefore, is that even the plastic surgery fails to prevent life’s contingencies from arising.  Parry’s identity is known regardless, by people who, unlike Parry, are up to no good.  Enemies keep filing in.  There is craziness in the plot here, but it’s also one to make you think a bit.  And the hard-working cast enables you to admire the acting.  In its late 40s way, furthermore, DP entertains not with sex but, unabashedly, with violence  A rowdy ride.