The Federico Fellini film, Amarcord (1974), is autobiographical and nostalgic and seeks to be genial, amusing and slightly political and religious.  In the final analysis, it is an overrated load of insulting grossness.  An adolescent picture partially about adolescents, it features a boy who, after getting lewdly physical with an obese woman, feels so guilty he promises his mother he will become a missionary.  Forget it, kid:  in this movie that seems highly out of place. 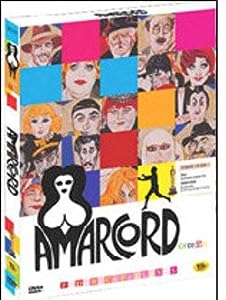