Go Murmur Somewhere Else: The French Film, “Murmur of the Heart”

In the early Seventies, French director Louis Malle made a film about adolescents which deliberately went in a transgressive direction.  This is Murmur of the Heart (1971), not merely a transgressive opus but, more seriously, a vile one as well.  The three teenage boys at the center, especially the dominant Laurent (Benoit Ferreux), no one in his right mind would tolerate, but naturally the adults around them do until the story builds to an act of tender incest between Laurent and his freewheeling mother (Lea Massari).  It’s nearly the last thing that happens in the film and—transgressively—it’s never censured.  It’s condoned.

Whatever its pretensions are, Murmur is basically anti-bourgeois, an easygoing act of rebellion.  What’s more, it implicitly believes that the most important thing that goes on between a man and a woman is sexual intercourse.  It isn’t.  But this absolutely accounts for the incest.

Lest I sound smug, let me put it profanely:  Murmur of the Heart is a piece of shit. 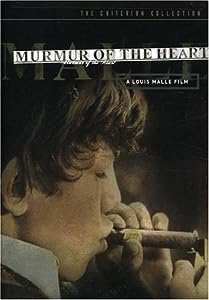