“Move Over, Darling,” Doris Day Will Be Joining Us

Effervescent but never silly, convincing in her emotional range, Doris Day stars as a woman long believed to be dead—but not—in Michael Gordon’s Move Over, Darling (1963).  James Garner co-stars as her well-to-do husband newly married to Polly Bergen.  Day is not expected to carry the film by herself, as she so often does; Garner and others are sapidly talented, forcefully comic. 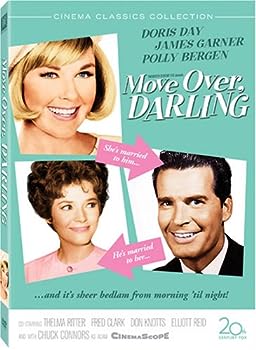 Cover of Move Over Darling