Russian Dolls (2005), a Cedric Klapisch picture from France, is the perfect sequel to his hokey L’Auberge Espagnole because it itself is not hokey and is acceptably written.  All it does, really, is catch up with Xavier and a few others five years after their Barcelona experiences, but provides some laughs and a certain air of sadness while avoiding the European Union dopiness of L’Auberge.  Typically, Klapisch’s directing is fancy and childlike, the beguiling credit sequence setting the tone.  The acting, even that of Audrey Tautou, pleases mightily.  Romain Duris loses himself in the Xavier part and gets completely naked for Klapisch. I mean literally, of course. 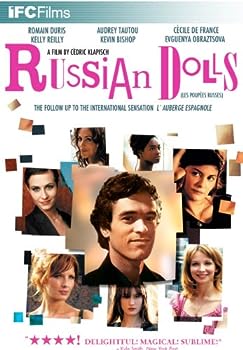