On “A Married Man” By The Catholic Novelist Piers Paul Read

The married man in the 1979 English novel A Married Man, by the Catholic writer Piers Paul Read, is a sometime adulterer named John Strickland.  A barrister and a socialist who intends to run for political office, Strickland is also an atheist married to a Catholic wife, Clare, who does not support her husband’s political ambitions.  The marriage is patently rickety, especially after Strickland meets young Paula Gerrand, a wealthy leftist.  A serious affair begins.  Read sensibly concentrates on the interesting progress of love (illicit though it is), on the pleasures and emotional hold of a liaison, before finally bringing in the spiritual, plainly Christian, material.

Both Strickland and Clare throw themselves into an abyss.  Clare, however, repents, or seems to.  Strickland lacks an understanding of who he really is, thus differing from his wife who observes at one point, ” I may be a wanton woman now, but I’m still capable of feeling ashamed.”  On the other hand, from Strickland we get this:  “Even I might believe in God . . . if He could show me the man I really am.”  Of course it is the Christian’s view that God can do this.

Of the four Read novels I have read, this is my favorite.  It is well-paced, sophisticated, meaningful.  If anyone were to tell me he or she wishes to read only one novel this year about male-female relationships, I’d say let it be this one. 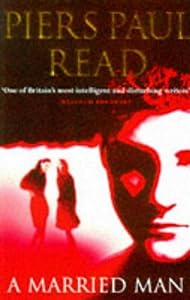 Cover of A Married Man