Regarding “The Godfather Part II”

There are a great many problems with the script by Francis Ford Coppola and Mario Puzo, thus making The Godfather Part II (1974) a near-flop.  Yet it is watchable, I think, because it is powerful.  In this it resembles Hitchcock’s films, and like Hitchcock, Coppola directed cannily.  And numerous people did some very fine acting, from Lee Strasberg to Talia Shire.

Undeniably Part II is an imaginative movie.  TOO imaginative, but . . . strong in its way. 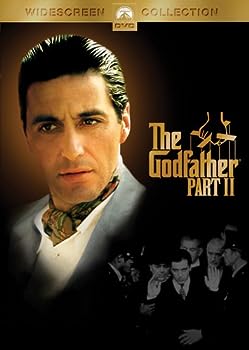