Sent Down And Down Again: Joan Chen’s “Xiu Xiu” 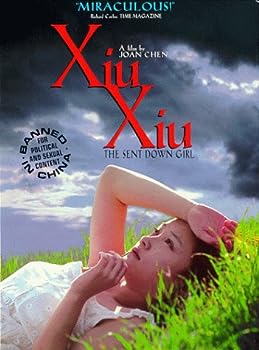 Cover of Xiu Xiu: The Sent Down Girl

The Chinese actress, Joan Chen, has a fine if very unhappy film in Xiu Xiu: The Sent Down Girl (1999), which Chen directed and co-wrote.

Clearly influenced by the artistic drive and anti-totalitarian pessimism of such directors as Zhang Yimou and Tian Zhuangzhuang, Chen’s story is that of a city girl’s emotional and spiritual decline after she is sent by the Mao government to work in the country as a horse-herder.  This is during the 1970s, and the imposed duty is supposed to be temporary, but . . .  Xiu Xiu comes to learn of the Red system’s cruel neglect and dehumanization of its citizens.

Lu Lu enacts the title role with spunk and sparkle and convincing pathos.  Lopsang provides manliness and charm as the Tibetan horse-herder in charge of young Xiu Xiu—he who never has sex with the girl (unlike some vile Communist officials) because he has no male organ.  But what stands out more than the performances is the way this compelling film was made.  The editing and Chen’s directing are mercurial but adept, as is evident from the footage of the plains.  Adroitly captured are the boredom and solitude in this region of wind, grass, horses and expansive skies.  A surfeit of closeups appears (a common gripe of mine) but nice things are done with proliferating medium and long shots too.  As for Lu Yue’s cinematography, it is decidedly suitable for the bald realism in the film; it is dim only when it ought to be and never overlighted.  It avoids the postcard beauty that critics are always objecting to, and yet its colors aren’t ugly either.  It is a memorable film.  Good choices, Miss Chen.  Good work.