Take Out the Deputy Secretary, Will You? “Red Eye” 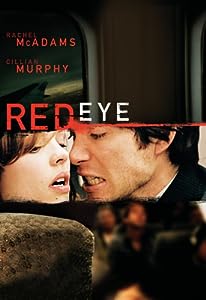 Both truthful and nonsensical, the Wes Craven thriller Red Eye (2005) is solid entertainment.  Rachel McAdams is more than suitable as Lisa, a hotel manager needed by Jackson Rippner, acted by a nuanced Cillian Murphy, for a cruel assignment:  assistance in murdering the deputy secretary of Homeland Security.  If Lisa refuses the enlistment, Rippner will see to it that her father (Brian Cox) is killed.  Not much personal vision comes through, but this is a fundamentally conservative movie, one which any liberal can enjoy.  This despite the opinion in The Village Voice that, owing to the depiction of rude airline customers, “Red Eye could even be called anti-American.”  Well, that’s one view.

Lisa becomes heroic but is not a superwoman, not a feminist heroine.  She needs help from her dad.  The deputy secretary is hardly a dunce or a bully.  An assassination attempt by terrorists is quite silly, but at any rate it shows how murderous the fanatics are.  I repeat: truthful.  Fundamentally conservative, but actually more entertaining than conservative.