It is a campaign-enriching axiom that Eisenhower “got us out of Korea and kept us out of Vietnam.”  This is what a movie like Pork Chop Hill (1959), starring Gregory Peck, very much wanted.

Peace talks in the Korean War have gotten underway, but Pork Chop Hill needs to be taken from the Chinese—and everything goes wrong until the end.  The film laments the upending of military strategy, the myopia, that turns soldiers into sitting ducks.  Is it antiwar?  Practically so, but not quite.  As John Simon has explained, a movie is not really antiwar unless it shows that both battling sides, not just one, have more or less lost the conflict, and this is not the case with Pork Chop Hill. 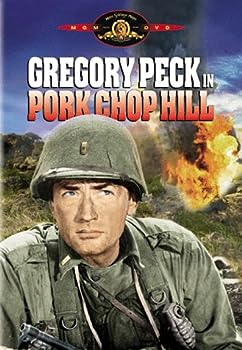