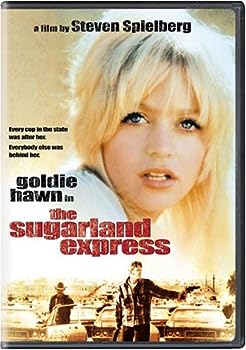 Cover of The Sugarland Express

Is The Sugarland Express (1974) a stupid movie, or is it just that the people in it are stupid?  Well, a ton of human stupidity obtains, but when it comes down to brass tacks, it’s The Sugarland Express that’s stupid.  The lower class woman played by Goldie Hawn is nothing but a cretin about whom we care very little if at all.  It’s an underwritten role and Hawn, withal, fails to make her sympathetic.

Steven Spielberg has a full supply of moviemaking talent, but his film, though based on a true story, has no good reason to exist.  At least Duel and the finally unsatisfactory Jaws are entertaining.  Sugarland can be entertaining too, but is so trivial the entertainment value seems as though it’s always on the periphery.