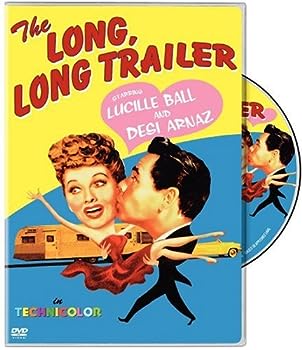 Cover of The Long, Long Trailer

What pains and stresses are associated with making a long trailer your home!

The problem with The Long, Long Trailer (1953), the Vincente Minnelli movie centering on those pains and stresses, is that it is a comedy that stops being comedic.  The last third of it contains no laughs at all, but only some mild suspense which seems to belong to another movie.

Comic difficulties the characters face are often the result of the dopiness of the husband, Nicky (Desi Arnaz), and the wife, Tacy (Lucille Ball), and not so much the trailer itself.  This makes for some rather cheap humor, for all its decent sight gags.  And it should be pointed out that Trailer is a romantic comedy; and, yes, the romance is there, but certain aspects of the liaison (between Nicky and Tacy) are unconvincing.  A good example of this is Tacy’s temporary silent treatment of Nicky.  Yuck!