They’re Real And They’re Unspectacular! 1976’s “The Man Who Fell to Earth”

There is no excuse for the Nick Roeg movie, The Man Who Fell to Earth (1976), constantly making no sense.  What’s more, this arty sci-fi product based on Walter Tevis’s novel is a nudie show with too much sex:  David Bowie, whose acting is undistinguished, eventually exposes his offputting phallus.  If Candy Clark (of American Graffiti fame) was underused by Hollywood after this film, it may be because it didn’t care for her unspectacular naked body.  Roeg’s film, then, is a rather homely nudie show.

It is, in fact, another mid-Seventies piece of cinematic rottenness, like The Last Woman, That Obscure Object of Desire and The Rocky Horror Picture Show. 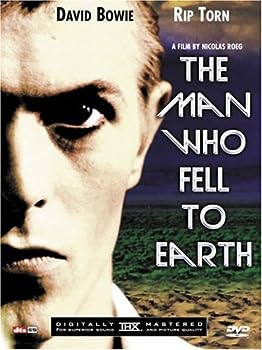