Visiting “The Apartment” (The 1960 Wilder Film)

Kudos to Billy Wilder and I.A.L. Diamond for an engaging if imperfect screenplay for The Apartment (1960), which was also, by Wilder, exquisitely directed.  Consider that nothing is under- or overemphasized. . . The film shows us a tug-of-war between the overturning of traditional values such as marriage and respect for women, and the attempt to be decent.  (This while the traditional institution of big business keeps humming along.)

Sure, I don’t like the sentimental romanticism in The Apartment but, all things considered, it’s a worthy film. 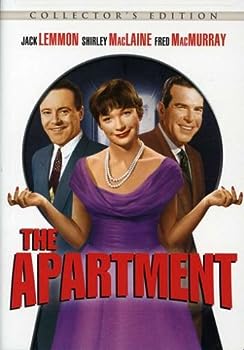 Cover of The Apartment (Collector’s Edition)