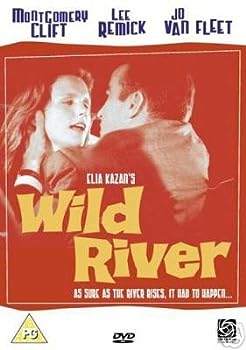 In the 1960 film, Wild River, a love story involving Montgomery Clift and Lee Remick arises amid a conflict between necessary government interference and small-minded hostility—but also a sense of dignity—in the rural South.  Clift plays a man working for the Tennessee Valley Authority; Remick plays the granddaughter of an old woman (Jo Van Fleet) who sternly refuses to sell her land to the dam-building Feds before the inevitable flood comes.  The sense of dignity is hers.  Other rural inhabitants start hating the TVA man because a plan of his temporarily costs them money.

The film is one of Elia Kazan‘s best—a work of considerable realism and intelligence.  A political picture, it never gets as tiresome as Kazan’s A Face in the Crowd.  Not exactly an art film, with its pastoral long shots it nevertheless reflects the filmmaker’s admiration for the old-time Russian directors such as Pudovkin.  Moreover, Wild River is usually impressively acted.