Co-starring the late Lauren Bacall and starring Rock Hudson, Written on the Wind (1956) is about a wealthy young alcoholic, Kyle (Robert Stack), who is in most ways inferior to his best friend Mitch (Hudson), but ends up marrying the pleasant secretary (Bacall) for whom Mitch has a strong yen.  Eventually Kyle, believing himself sterile, grows powerfully self-destructive and feels threatened by Mitch—who, to be sure, has no amorous liking for Kyle’s sexually promiscuous sister (Dorothy Malone) who loves Mitch.

Is this a soap opera?  Oh, yes.  I don’t know what the novel by Robert Wilder is like, but in the film’s first few moments, director Douglas Sirk demonstrates that we’re in for soap-opera fun.  This is passionate drama usually identified as melodrama, and it’s melodrama with a theme: the dead ends encountered by love.

It isn’t art, and there is clearly a cornball use of music, but it is a handsome-looking production.  Since Bacall was gorgeous but not big in the chest, the moviemakers do all they can to make Malone utterly sexy, which isn’t hard.  Malone also turns out the best performance.  Hudson is just Hudson—uninteresting.  Unlike Written on the Wind. 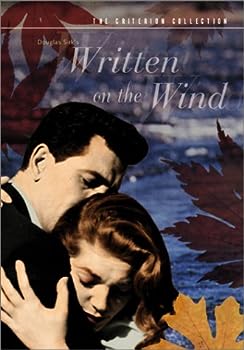