For starters, I do believe the Palestinians have legitimate grievances.  But in Hany Abu-Assad’s solemn film Paradise Now (2005), a new Arab terrorist, Said (Kais Nashef), after experiencing doubt and bewilderment, glumly sets off to do his dirty work in Tel Aviv.  To Abu-Assad, however, the work is not dirty.  He’s sympathetic to Said from beginning to end.  He doesn’t care about the Israeli men, women and children his hero will murder.  All are nonentities living in a country that was nevertheless willing to yield a lot of territory to the Palestinians in 1998 and to pull its Israeli citizens from Gaza several years later.  Said is not impressed. 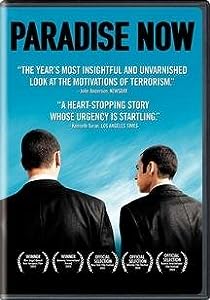