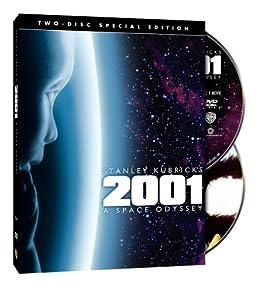 2001 A space Odyssey.  That groovy film by Stanley Kubrick.  I watched it again recently…But what I really wanna know is…What the hell is he talking about?

This post is not really a movie review.  Sometimes I write movie reviews, but usually leave that up to my bro Dean . What I write about is…Well, I ask questions.  Like what’s up with 2001?

The Film is a Masterpiece

Well of courses.   Even if you don’t like Sci Fi.  I can’t imagine people who would not be intrigued by this movie.  It  visits all kind’s of wacky stuff:

What? The big steal looking thing that’s in the beginning of the movie with the monkey’s, dug up on the moon, and floating around Jupiter.

Yes folks, A Monolith, that’s what it’s about.

I first saw 2001 when I was a kid. I was totally mesmerized by it.  I watched it again. And I’m still mesmerized.

Do I know wht the Monolith is? Uh… No.

Through all the spacey scenes and groovy music comes the  characters. They don’t talk much in this movie. It kinda leaves things open for assumption.  But you get the idea of what’s going on as the movie moves along.

It gets quite  intense as the computer on the ship that is investigating Jupiter (monolith?)  Goes crazy and starts killing the crew.  A murderous machine indeed.

There is no way for this post to be a spoiler. No movie review or commentary could have ever been a spoiler  for me because I have no idea what’s going on.

After a psychedelic space ride through a wormhole of some kind the main astronaut  on the Jupiter ship end’s up in this room with an old guy.  He’s sitting at a table and laying in bed and stuff.

Then suddenly there is this giant embryo in space and light.

Wow, that was a trip… Ya think?